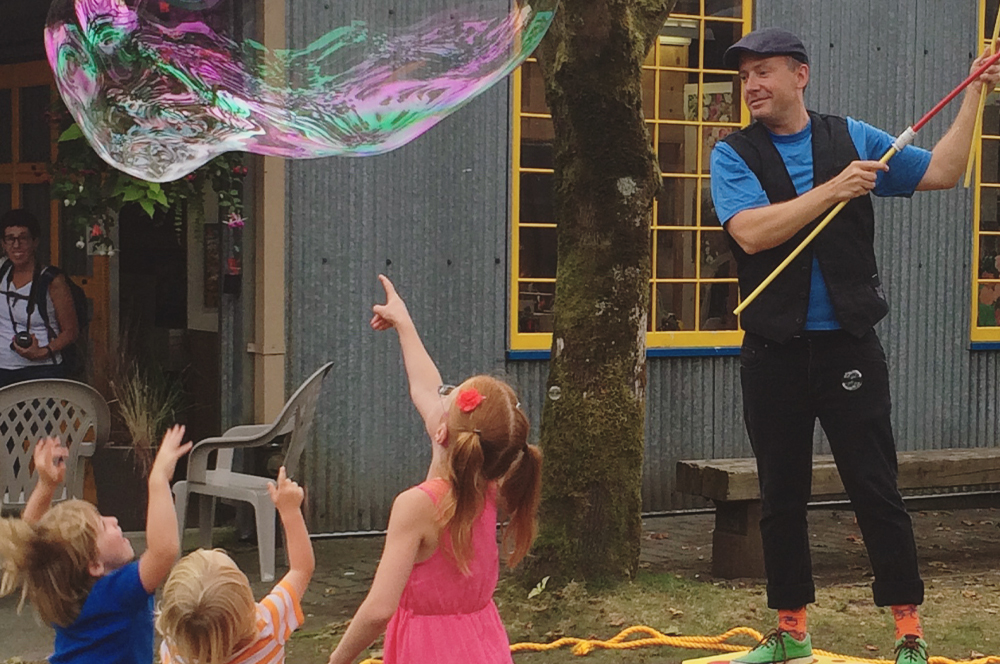 Matt Henry, the “master of the unnecessary,” is a performer with some serious skills–he won a world juggling championship–but it’s his combination of one-of-a-kind stunts, humor, and audience participation that keep audiences on the edge of their seats and rolling in the aisles.

He started out busking on the streets of Manhattan, and later moved to Orlando, honing his skills with thousands (yes, thousands) of shows onstage at Disney World. He continued to expand his technical repertoire as well; his hard work was rewarded in 2001 when he bested dozens of other world-class competitors to win a World Juggling Championship.

Not content to rest on his laurels, Matt has also developed a completely different performance, the Big Bubble Show. After following a recipe for homemade bubble juice he found online in 2012, his initial efforts created such fascination and joy in onlookers that he knew he had to make it part of the act. Since then, he has brought his giant bubbles to events across North America, delighting children and the young-at-heart with his spectacular creations!

Don’t miss your chance to see this versatile performer wow you with his wit, charm, and skill!