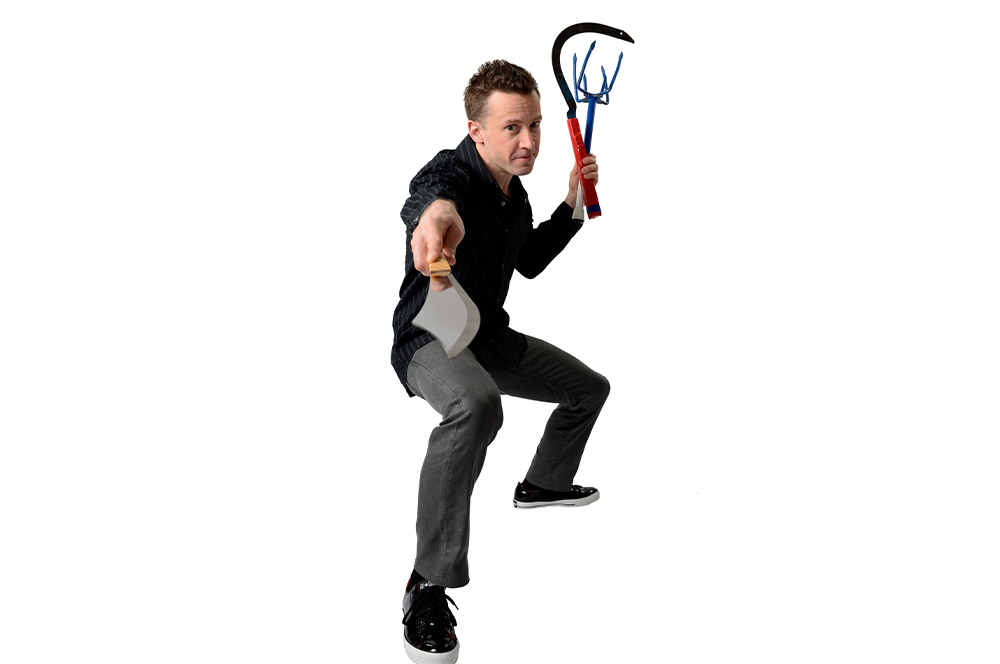 Matt Henry, the “master of the unnecessary,” is a performer with some serious skills–he won a world juggling championship–but it’s his combination of one-of-a-kind stunts, humor, and audience participation that keep audiences on the edge of their seats and rolling in the aisles.

He started out busking on the streets of Manhattan, and later moved to Orlando, honing his skills with thousands (yes, thousands) of shows onstage at Disney World. He continued to expand his technical repertoire as well; his hard work was rewarded in 2001 when he bested dozens of other world-class competitors to win a World Juggling Championship.

Don’t miss your chance to see this versatile performer wow you with his wit, charm, and skill!